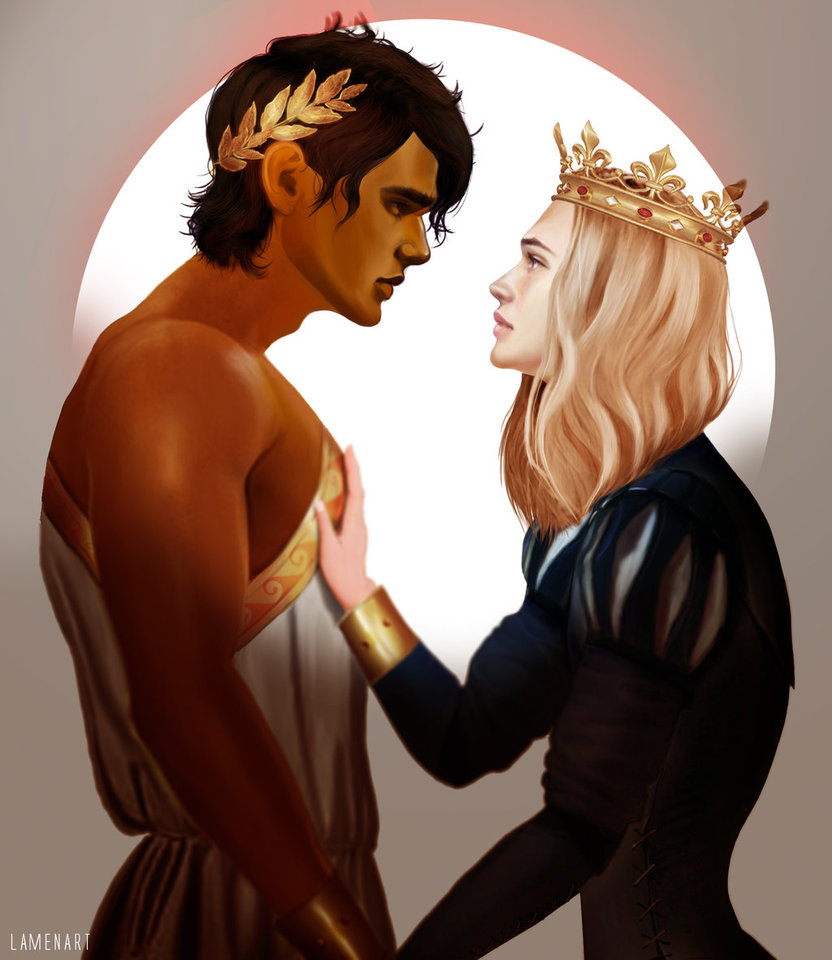 About a month and a half ago, I really felt my book coming to life. I’d just crossed the 30,000-word mark. I’d just begun thinking about how attainable producing a book felt. And I was itching for some new books, particularly books that could help me orientate myself and hone my writing further.

It also just happened to be the weekend of the local Half Priced Books clearance sale. After finishing my work week, I went to see if I could find any books to my liking. Perhaps I shouldn’t have been so surprised that I didn’t find anything at the clearance sale. I’m going to let you in on something that I’ve found out during the writing of this book that is equal parts baffling and infuriating. Finding true m/m romance novels in actual brick and mortar bookstores (that aren’t YA) has been extremely difficult. I have had some luck at Half Price Books stores, but even those finds have been disappointing for their lack of consistency and quantity.

That same weekend, I “bookstore-hopped” to several different Half Priced Books, Barnes & Nobles, as well as some local independent bookstores. I did manage to find a few new reads, but nothing like I was truly looking for.

During one particular stop at a Barnes & Noble, I used one of the public computers you can utilize to see if they carry a particular book or item in store. Nervously glancing around to make sure no one was looking over my shoulder , I type in a few different search terms: m/m romance, gay romance, gay fiction. And to my surprise, one of those terms generated a result in the romance section of the store (I can’t remember which term it was), a book called Captive Prince by C.S. Pacat. I know I just stood there for a moment, blinking, not believing I’d finally found something in a commercial bookstore that looked promising. Knowing my way around this particular B&N , I quickly found my way to the romance section. And there it was, along with its two sequels, Prince’s Gambit and Kings Rising.

I picked up Captive Prince and immediately did what you should never do: I judged it by the cover (see the far left image above). I am not a fantasy girl. I haven’t watched Game of Thrones (although I am taking a stab at the first book, no pun intended). I haven’t read or watched any of the Lord of the Rings series. I don’t do dragons or elves or magic or anything like that. It literally took the death of my father to drive me – at the time, a 23 year old adult – to the Harry Potter series as a means of escapism. But, seeing as it was technically part of the genre I was looking for, I read the back.

“Pleasure slave”? Nope. No way. Hell. No. I want my beloved characters to be equals participating in a healthy relationship with a healthy, fairly average sex life. Thank you. Very much. I quickly put the book back and continued on my “bookstore-hopping” journey. But I did scan the cover with my Goodreads app, which meant it was saved into my to-be-read list.

Fast forward a month later, and I was bored. I flipped through my Goodreads TBR list and saw Captive Prince. Apprehensively, I checked my library e-book lender, OverDrive. It was available, no wait list. Did I mention I was bored? Since it was free to rent, I decided to give it a chance. I think I actually said out loud to myself, I’m gonna hate it. I know I’m gonna hate it. But I downloaded it to my Kindle anyway.

Having read all three books now (and all three short stories, and the extras in the paperbacks…shut up), I don’t really know why I so quickly dismissed the series to begin with. I truly think I just balked at the “pleasure slave” part. I am not a Fifty-Shades girl either and I can’t see myself ever writing that sort of thing, m/m or f/m. But let me tell you, there is SO much more to this story than that. SO MUCH MORE.

For one thing, it’s about two princes. Princes. I don’t know if you know this about me, but I definitely have a fascination with royalty. I’ve read several books about Diana, Princess of Wales, and the British Royal family (my mom and I actually got up early to watch The Duke and Duchess of Cambridge’s wedding in 2011). I’ve watched Netflix’s The Crown series through twice. I have a Pinterest board each dedicated to Diana, Princess of Wales and to HRH The Duchess of Cambridge, as well as a board for general Royalty pics and info. At various times, my social media handles/email addresses have been Lady-this or Princess-that. The royal aspect of these books alone should’ve been enough to attract my attention.

And lastly, aside from the kind of ancient-Greece vibe and the fictional landscape, there aren’t any other fantasy elements to these books. No dragons. No elves. No magic. No one talks weird. All things considered, it’s fairly straight-forward and believable, two things that are very important to me in a story.

And this is where reading this series becomes relevant to the writing of my own book: these books are the first real distraction to come along since I made all of my novel-writing plans. I remember when I did all of my planning and outlines, how grateful I was that aside from work or family-related stuff, I’m unattached. No partner, no kids, nothing to really take time from my focus on the goal.

And then IN WALKS THESE TWO HANDSOME PRINCES, LITERALLY ON HORSE-BACK AT TIMES, AND I LOSE ALL FOCUS.

I finished the first book, Captive Prince, in one day. Actually, in about twelve hours. And I’m a slow reader with a social media addiction (read: short attention span). When I was done, I immediately put the other two books on hold at my library and then tried to go to bed.

BUT I CANNOT STOP THINKING ABOUT THEM.

Brave, tormented Damen (Prince Damianos of Akielos, left in the featured pic, *sigh*), stuck in a situation I can’t imagine. Cunning, beautiful Laurent (Prince Laurent of Vere, right in the featured pic, *sigh again*), who I can almost believe to be the villain. Almost. For the first time in my life because of a book, I literally laid in bed and could not shut my brain off. And here’s the funny part, it wasn’t the steamy parts that stuck with me (although those were pretty rad). It was the actual story. I’m not going to spoil anything because everyone should absolutely give these books a shot, but it is without a single doubt one of the best stories I have ever read.

So naturally, still buzzing off of the high the series gave me, I started watching YouTube reviews for the series. And then I stumbled across C.S. Pacat’s actual YouTube channel and found a live stream of her talking about the last book of the series, Kings Rising. I’ve linked the video below so you can watch if you’d like:

And that’s when I started to feel it. Doubt, real, honest-to-goodness, how-am-I-ever-going-to-top-that self-doubt. Why, you may ask? Because she broke the mold. She published an m/m romance series that made it onto commercial bookstore shelves. And into the minds of all of those YouTuber reviews. And firmly into my own heart. I have never loved fictional characters the way I love Damen and Laurent. I have never cherished a love story the way I cherish theirs.

And the worst part? She reminds me of me. If I could tell you about my own story and characters, that’s how I would sound. If my books ever come close to doing what her series has done, I know I will glow and giggle just like her. Oh yeah, self-doubt set in hard.

And then, on top of self-doubt, at about half-way through the second book, Prince’s Gambit, I got an idea for a Captive-Prince-universe fan fiction story. Great. Just great. As if I wasn’t distracted enough…

But then, I made myself look at it from another perspective. If she’s done it, then it can be done. That was always my favorite hashtag to use during my weight loss journey, #itcanbedone. Because if I could lose over 100 pounds, anyone could. I’m not an athlete. My body is not genetically superior. I just put in the work and made myself stick with it…

So, what exactly is different here? Sure, successfully selling a book is not a guarantee like weight loss is, no matter how much work you put in. But I’m not writing this book for the money. Would it be amazing if my book did well? Absolutely! But that’s not why I’m doing it. I’m doing it because I have a story to tell, one very, very important to me that I need to share with the world…even if the world largely takes no notice. Even if it never sells a single copy (*knocks furiously on wood*). Like everything else I’ve done in the recent past, I’m doing this – finally writing this book – for me.

I know at this point, I’m just a lowly peasant slaving away on her first draft. But for one beautiful, exhausting week, C.S. Pacat made me feel every bit the captivated princess. And I would be absolutely honored to follow her lead.

Here are the links to where you can purchase these awesome books and accompanying short stories, in case you’d like to be “captivated” as well:

Green but for a Season: A Captive Prince Short Story

The Adventures of Charls, the Veretian Cloth Merchant: A Captive Prince Short Story

4 thoughts on “A Royal Distraction”

This site uses Akismet to reduce spam. Learn how your comment data is processed.